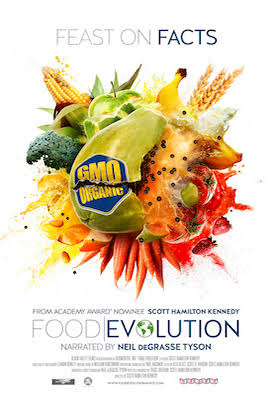 So documentaries are typically dull, that is what you’re thinking, but this, unlike any documentary you have ever seen. Food Evolution The Movie is not like that and is funded even by the IFT, also known as the Institute of Food Technologists. This movie is one that has been inspiring people to talk about and to debate just how much food has evolved throughout all of history.

This is not just another documentary; it is about so much more. This movie is full of facts, science, but of course, most importantly, it is about food. It’s normal if your stomach grumbles watching this film, but you may feel more than that. This movie is one that has been hitting close to home for many, and it hits hard. So, what is Food Evolution The Movie all about?

The movie addresses many topics that are important today, for example,:

And, most importantly, What data, evidence, and sources we’re using to approach these important questions

The director of the film, Kennedy, as well as his partner, Trace Sheehan, have been working hard to put a spotlight on essential topics such as the GMO Debate. This comes from Kennedy’s feeling that it is key to understanding today’s world. Kennedy also has a belief that most of the general public are misunderstanding and unaware about the details that revolve around food science and sustainability.

Why is this Documentary Special?

There has been a lot of suspicion, confusion, and passion that have surfaced thanks to this heavily polarized debate. People want to know how we as humans can handle the issues about food sustainability and how we are handling the problem. They are asking what part GMO, as well as other food additives, are playing in the change of the food that we all eat, as well as the manner in which we eat it. These may be tough questions, but getting honest answers for these is even more complicated.

You may get some of the truth, or you may wind up with a flat out lie, but rarely will you get the real truth. There are scientists on both sides of the debate, those that swear that GMOs, as well as the preservatives we use, are harmful to the human body, then there are those, that often work for large companies, which will swear by the fact that nothing is wrong with using these. There is substantial evidence against these claims of GMO and preservatives, ones that clearly show that GMO and preservatives are incredibly unhealthy and have even been confirmed to cause some very nasty side effects to the user.

Inspirations for this film are many, but the first of which comes from how food science can impact the way of life for everyone, no matter where we live in the world. The movie started as an open-ended idea, a focused approach that was created around how GMOs impact our daily food intake. Food Evolution The Movie has become much more than that now. There are so many that are unsure or do not believe in scientific findings; this movie is a great eye-opener for those people. It is also an excellent film for someone that does not know what food science indeed is.

The purpose behind Director Kennedy as well as his associates is to help the consumers to know and to understand how to make food decisions which are smart, without concern for emotions or ideology. To some, words are more important than that of scientific data and evidence, and they will believe that over everything. This movie’s goal is to help you decide what you want to think, and where you stand on how food is evolving.

Want to See the Documentary?

New York City DOC Film Festival in November of 2016 was the first place that Food Evolution The Movie appeared. It has now been making its way through a large number of film festivals in the United States, as well as the United Kingdom. Now you won’t have to go far to find this film, as Food Evolution The Movie will soon be coming to a theater near you on June 23rd, 2017.

You can find out more at The Food Evolution Website and discover where you can find a theater playing this film near you. Oh, best of all this film features narration performed by Neil Degrasse Tyson and even Bill Nye? The greatest scientific minds have come together putting their talent and thoughts together for this great film. You really will not want to miss this!